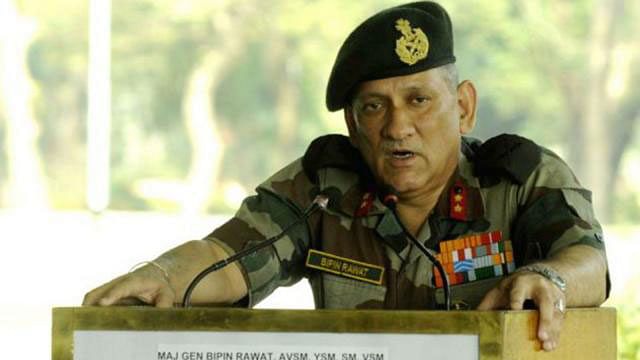 Helicopter carrying Indian Defense Minister Bipin Rawat crashes The incident took place in Tamil Nadu, India on Wednesday. In addition to him, there were 13 other people in this helicopter. The Indian Air Force has confirmed this information.

The country’s media NDTV reported that five occupants of the helicopter had died. However, it was not immediately clear who died. Two seriously injured have been taken to hospital.

A helicopter carrying the country’s senior military officials, including India’s Chief of Defense Staff and former army chief General Bipin Rawat, has crashed. 4 people were killed in this incident. The identities of the dead have not been announced yet.
The military helicopter crashed in the southern Indian state of Tamil Nadu on Tuesday, the country’s state-run news agency PTI reported.

NDTV quoted several sources as saying that 14 military officials, including India’s defense chief Bipin Rawat, were on board the crashed helicopter. Among them were Bipin Rawat’s wife, defense assistant, security assistant and Indian Air Force pilots.
Local military officials said they had arrived at the scene and taken the two seriously injured to hospital. They said that 80 percent of the bodies of the injured were burnt.

Meanwhile, several videos of the military helicopter crash have spread on various social media platforms. The video shows the helicopter on fire. In addition, the washing coil is also spread there.