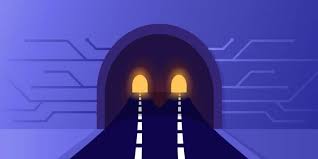 Are you a frequent VPN service user and planning to induce yourself into the functionalities, making the experience more memorable?

More or less, we’re unaware of a lot of core functionalities and services we are availing daily from the direct technical hub.

The recent time has welcomed a lot of loopholes allowing intruders to penetrate within the connection easily.

The motive of such hackers is to disturb the users’ surfing, making it difficult for them to search and observe results.

So, for all the readers craving technical aspects and explanations of functionalities, this is the best place to give it a read.

This article will explore the back history and functionalities of the two most core features of VPN, making the user’s experience audible.

We went for an interview with the Editor of RantEnt, to have prior knowledge about VPN functionality and core features for delivering a more elaborative explanation.

Do you know what Split-tunneling is and how it works?

Many features counted as the top-layered features of VPN networks, but very few make the difference.

Split-tunneling is a vibrant feature, which strengthens and distributes the connection between user-generated queries.

VPN split-tunneling allows the user to route some of the application traffic through encrypted VPN tunnels.

Meanwhile, other devices can access the Internet connection directly through their network lane.

You can use the split-tunneling feature to protect the traffic line you are adopting from unauthorized access.

A casual VPN tunneling feature allows the route of all the internet traffic, through an encrypted tunnel, for data protection.

Hackers and Intruders are stuck in between connections, looking for a chance to get into the link.

Without a split-tunneling feature, you may encounter the following situations:

Whereas, with split-tunneling, you can perform the following actions;

Split-tunneling is a computer networking concept that allows users to access any different domain, as a public network with a secured network.

Sometimes, Split-tunneling is categorized based on its configuration, although the format is restricted to specified regions.

Kill-Switch and its correlated Working Mechanism

Are you aware of the hidden feature, Kill-Switch, and how it works?

Don’t worry; we’re here to help you with a detailed discussion on Kill-Switch and the working mechanism behind every connection built.

Let’s understand the concept of Kill-Switch with an example,

Suppose you’re surfing on the Internet, is connected to the VPN network, and all of a sudden, the connection went disconnected.

What will you do in such a scenario? Your IP address and physical address will be disclosed in front of the website owner, provoking privacy concerns.

A Kill-Switch assists the users to surf the Internet without any ambiguity associated with network disconnection.

It merely stops the user’s surfing if the connection is weak or VPN gets disconnected to keep the privacy concerns.

Split-tunneling and Kill Switch are the two most used and essential features in any VPN network in a nutshell.

These two are the top-layered VPN protocols, which you’ll find almost everywhere because of the customer side’s demands.

I hope after reading this blog, you’re fair enough to understand the concept behind Split-tunneling and kill-switch working. 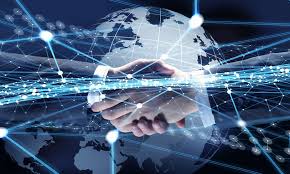 Why Choose A Germany Dedicated Server For Your Website?