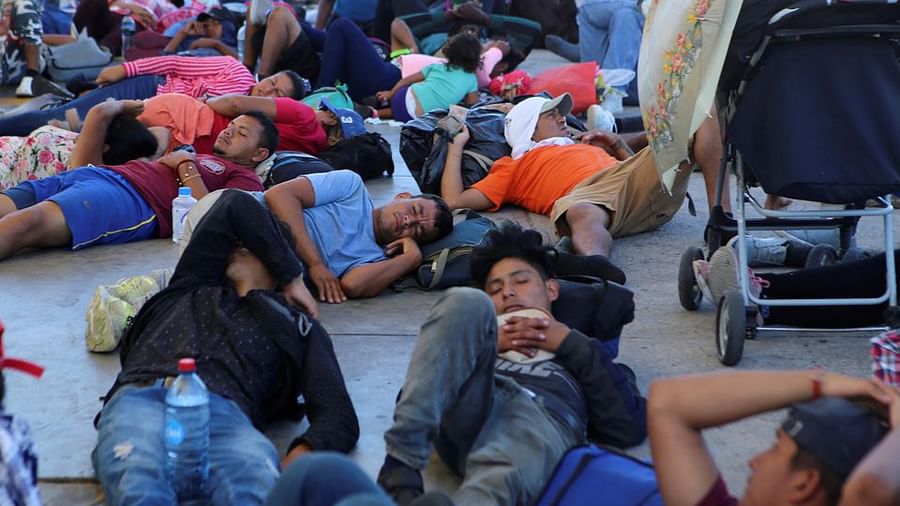 In the North American country of Mexico, the number of asylum seekers has tripled in 2021 compared to 2020. This information was given in the online report of Al-Jazeera television.

According to Mexican Foreign Minister Marcelo Ebrard, 1,23,017 people applied for refugee status in the country in 2021. Last year this number was 41,230.

In this context, Marcelo said that the number of applications has increased significantly in 2021.

The Government of Mexico and the United Nations are assisting the Mexican Commission for Refugee Assistance in reviewing this huge number of applications. The Mexican foreign minister said the agency needed more manpower and funding to deal with the situation.

Marcelo said the process of granting asylum in Mexico is relatively simple. They approve more than 95 percent of applications.

Thousands of migrants and refugees have flocked to Mexico in recent months to escape violence and poverty. Due to this, Mexico is under pressure. Many of these asylum seekers and refugees are seeking asylum in Mexico. Many are trying to re-enter the United States.

Most asylum seekers in Mexico come from Guatemala, Honduras and El Salvador, countries known as the Northern Triangle.

The people of these countries are leaving their homeland due to violence, corruption, extreme poverty, unemployment etc.

Many asylum seekers-refugees have been trying to enter the United States through Mexico. But like Donald Trump, the current US president, Joe Biden, has maintained border restrictions. That’s why U.S. officials are turning away people trying to enter without giving them a chance to apply. As a result, the number of refugees in Mexico has tripled this year.

Accidents often happen during the dangerous journey of desperate refugees. Many are losing their lives in this.

Earlier this month, 57 asylum seekers were killed in a road accident. Most of them were from Guatemala. They were trying to enter by truck.

There are also incidents of protests and violence centered on infiltration. Many have been killed in such violence in the past.

The National Immigration Institute of Mexico (INM) says the number of Haitian people applying for asylum in Mexico has increased sevenfold this year. From January to November, 48,494 applications were received from Haiti. Last year this number was 5 thousand 935.

According to the INM, the number of people coming to Mexico from Haiti has increased significantly in addition to the legal entry. From January to October this year, the number of such people in Haiti is 16,517.

According to INM, a total of 190,000 undocumented foreigners were identified in Mexico between January and September this year. Of them, 74,300 have been sent back.

How Technology Has Influenced The Stock Market?

Some important certifications of the IoT industry

What Is A QuickBooks Script Error?