‘Follow the science’: As Year 3 of the pandemic begins, a simple slogan becomes a political weapon

Two years ago, when science writer Faye Flam launched a podcast to explore why so many Americans were drawn to misinformation about the coronavirus pandemic, she settled on a name she figured would steer clear of politics: “Follow the Science.”

The podcast flourished, but its title has posed a constant dilemma for Flam as the phrase “follow the science,” far from uniting Americans, became a weapon, wielded in derision by both sides of the national divide over how to confront the coronavirus.

Two years ago, when science writer Faye Flam launched a podcast to explore why so many Americans were drawn to misinformation about the coronavirus pandemic, she settled on a name she figured would steer clear of politics: “Follow the Science.” The podcast flourished, but its title has posed a constant dilemma for Flam as the phrase “follow the science,” far from uniting Americans, became a weapon, wielded in derision by both sides of the national divide over how to confront the coronavirus.

Now, as the torrent of covid-19 cases unleashed by the omicron variant recedes in most of the country, advocates for each side in the masking debate are once again claiming the mantle of science to justify political positions that have as much to do with widespread bipartisan frustration over two years of life in a pandemic as with any evolution of scientific findings.

A slew of Democratic governors in states that have been among the most mask-friendly are moving to scrap indoor mask mandates, even as some counties and school districts in those states promise to maintain those measures – with both factions contending they are following the science.

It’s not just politicians and school leaders making those opposing decisions. An informal network of parents, backed by like-minded scientists arguing for the “urgency of normal,” is pushing for “evidence-based decisions” to rescind in-school mask mandates. At the same time, teachers unions and other advocates for continued masking of students quote from their own roster of medical experts, urging elected officials to “follow the science” and maintain mandates.

At every pivot in the virus’s behavior, with every new set of findings about how the virus spreads and how it can be fought, “one side says, ‘Aha! Now, we’re the ones following the science,’ ” said Michael D. Gordin, a historian of science at Princeton University.

During the pandemic’s most dangerous phases, advocates of shutdowns and masks have used the phrase to belittle resisters. But during lulls in the virus’s spread, it’s those resisters who have snapped the slogan back at the cautious crowd, asking why dramatic drops in case numbers don’t justify a return to a more normal life.

Flam said she has cringed as she watched “people load up the phrase with political baggage. I agonize every day over whether to change the name of the podcast.”

From the early political struggles over confronting the AIDS epidemic in the 1980s to contemporary debates over policy toward transgender people or the NFL’s handling of concussions among football players, pleas to “follow the science” have consistently yielded to use of the phrase as a rhetorical land mine.

Those who urge others to just “follow the science” generally claim to be politically unbiased: They’re just pledging allegiance to the higher power of fact and neutral inquiry.

But as Flam has discovered, “so much is mixed up with science – risk and values and politics. The phrase can come off as sanctimonious,” she said, “and the danger is that it says, ‘These are the facts,’ when it should say, ‘This is the situation as we understand it now and that understanding will keep changing.’ “

The pandemic’s descent from medical emergency to political flash point can be mapped as a series of surges of bickering over that one simple phrase. “Follow the science!” people on both sides insisted, as the guidance from politicians and public health officials shifted over the past two years from anti-mask to pro-mask to “keep on masking” to more refined recommendations about which masks to wear and now to a spotty lifting of mandates.

Early in the pandemic, in 2020, Sen. Rand Paul, R-Ky., pushed for schools to reopen, tweeting, “I wonder where the ‘listen to the science’ people will go when the science doesn’t support their fearmongering?” In 2021, Republicans used “follow the science” to slap the Biden administration for not pushing harder to confront China on the origins of the coronavirus.

The president of Connecticut’s teachers union, Jan Hochadel, this month pressed for continued masking in schools, saying, “We have remained among the safest states throughout this pandemic because elected leaders have heeded the call to ‘follow the science.’ . . . There is no sound reason to veer off course now.”

Arguments over following the science extend beyond disagreements over how to analyze the results of studies, said Samantha Harris, a Philadelphia lawyer who formerly worked at the Foundation for Individual Rights in Education, a conservative advocacy group. Rather, demands that the other side “follow the science” are often a complete rejection of another person’s cultural and political identity: “It’s not just people believing the scientific research that they agree with. It’s that in this extreme polarization we live with, we totally discredit ideas because of who holds them.”

Harris readily concedes that she often doesn’t know what to make of scientific findings she reads about. She got vaccinated and wears masks because doctors she trusts advised her to, but she’s constantly frustrated by her own inability to figure out the right moves.

“I’m struggling as much as anyone else,” she said. “Our job as informed citizens in the pandemic is to be like judges and synthesize information from both sides, but with the extreme polarization, nobody really trusts each other enough to know how to judge their information.”

Many people end up putting their trust in some subset o 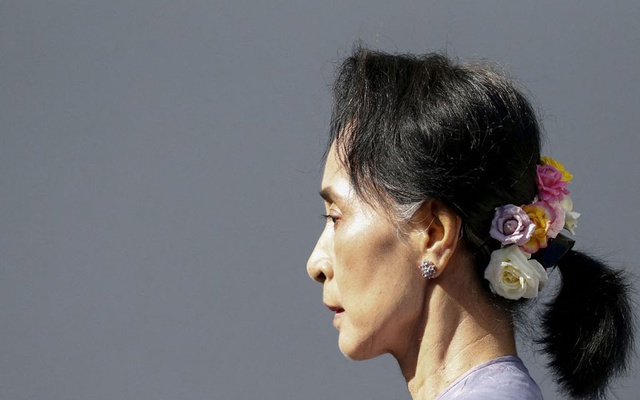