Between 5,000 and 6,000 Russian troops may have been killed in just the first two weeks of the invasion of Ukraine, a U.S. official estimated Wednesday. The official stressed, however, that this is a difficult number to assess in real time, and the number could be closer to 3,500.

Still, the official described the number as “very, very significant casualties,” comparing the tally to losses from some World War II battles. The official did not give an estimate for the number of wounded Russians, but the figure in most wars is generally around three times as many killed, which would put that number at an estimated 15,000 to 18,000.

Despite the estimated losses, Russian forces are still capable of encircling Kyiv within 1-2 weeks.

Thousands of Ukrainian civilians and soldiers are also believed to have been killed over the past two weeks. The U.S. official said 2,000-4,000 Ukrainian troops have been killed. In the city of Mariupol — where an airstrike hit a maternity hospital on Wednesday — some 1,200 people have died over the course of Russia’s nine-day siege of the city, Ukrainian President Volodymyr Zelensky’s office said, according to The Associated Press.

The AP reported that the city council said Thursday the attack killed three people, including a child, and wounded 17.

Russia on Thursday denied that it attacked the maternity hospital, calling the assertion “fake news,” according to the Reuters news service. Russia’s first deputy permanent representative to the United Nations, Dmitry Polyanskiy, tweeted that Moscow said Monday that the building had been taken over by Ukrainian troops, who were firing from it. “That’s how fake news is born,” Polyanskiy tweeted.

The Mariupol maternity hospital is one of 18 hospitals and ambulances that have been attacked in Ukraine, the World Health Organization said Wednesday. Those attacks have resulted in at least 10 deaths and 16 injuries, WHO Director-General Tedros Adhanom Ghebreyesus said.

“These attacks deprive all communities of health care,” he said, adding that the “only real solution to the situation is peace.”

But despite the strike on the hospital, cease-fires in a handful of major Ukrainian cities appeared to be largely holding Wednesday, allowing civilians to flee neighborhoods that have been pounded for days by Russian artillery. However, those still in the country are struggling to gain access to basic supplies, like water, food and medicine, and facing Russian airstrikes.

The U.S. and other Western nations have imposed harsh sanctions on Russian President Vladimir Putin, Russian oligarchs and Russian institutions in response to the invasion. But the Biden administration on Wednesday decided against helping Poland send its MiG-29 fighter jets to Ukraine. The U.S. feared that the move could be seen by Russia as escalatory, and did not want to risk sparking a larger war in Europe.

A U.S. official on Wednesday told CBS News that Ukraine does not currently need the MiGs, as its anti-aircraft defenses have been effective at keeping Russia from establishing air superiority. The U.S. will continue to send defensive assistance, like anti-tank weapons and air defense, Pentagon spokesperson John Kirby said during a press briefing Wednesday. Kirby also noted that Ukraine still has “several squadrons of fully missions capable aircraft.”

White House press secretary Jen Psaki warned Wednesday that everyone should be “on the lookout” for Russia to possibly use chemical or biological weapons in Ukraine. In a statement, Psaki said the Biden administration is taking note of what she called Russia’s false claims about biological weapons labs in Ukraine.

“This is all an obvious ploy by Russia to try to justify its further premeditated, unprovoked, and unjustified attack on Ukraine,” Psaki wrote. 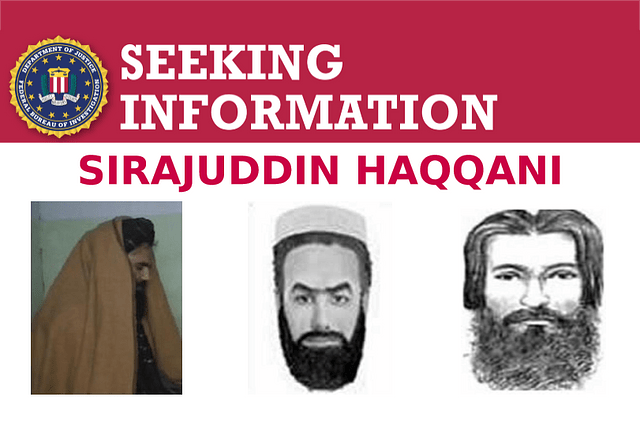 Haqqani sanctions, but UN proposal to pay the ministry