Los Angeles has had many names throughout the years. For example, the La La Land, Beverly hills, the dream, but none have stayed like Hollywood’s iconic name. Hollywood is the English film industry that has entertained us through all these years. Everyone should visit this place once in their lifetimes. If you plan a trip to Tinseltown, we will suggest you go through this article first. This post is a comprehensive list of all the things to do in Downtown LA so that when you visit the city, you don’t waste your time planning or canceling your LA Itinerary.

When you think about California, the first image that comes to your mind is most probably Los Angeles. This Southern California metropolitan defines seductive weather, palm-fringed boulevards, world-famous beaches, and artistic designer shops. Established in 1781, the city got its breakthrough when the film industry started here in the 1920s and 1930s. Synonymous with glamour, Hollywood is one such neighborhood in the city full of iconic star sightings and all things dreamy. It is a must-visit spot, and any trip to Los Angeles is incomplete without a trip to the Hollywood hills.

The LA weather is famous for a reason, the sultry mornings, the pink skies, bright Sunlight, and most importantly, the calm wind blowing in your hair. Downtown Los Angeles, however, is known for a multitude of other things and good for us! The region is located in the center of the city and is categorized by urban sophistication, scenic landscapes, and, yes, the beautiful Sunlight. Let’s check out some things to do in Downtown LA.

Things To Do in Downtown LA?

The first stop on the list is The broad Museum, one of the best things to do in downtown LA and the most popular new museum there. This museum got its breakthrough via its “Instagram worthy” site attractions like the mirror rooms, the American sign, and the giant tulips. Moreover, it even has a gigantic table, that is so big you can walk underneath it. Although the museum is free for entry, you need to buy tickets beforehand because if you don’t you will have to wait for probably an hour.

If you don’t want to get in the hassle of waiting or buying tickets, you can look out for your airline package. For example, if you make a United Airlines Booking, you will be surprised by the number of offers and vacation packages you will apply to

Just across the street from the Broad, there is the Walt Disney Concert Hall. It may be possible that you must have seen this architectural wonder sometime in your life, on a television show or a postcard picture.

It is recommended that you get out of your car, walk all the campus, take a tour of the magnificent concert hall, and walk through the gardens of the entire surrounding area. It’s a great space, and each time you go there, you find something new, something intriguing. If you get a chance, see the show featured there as well. Known for the best acoustics in the world, this place and the movie won’t disappoint for sure.

Don’t Miss: Things To Do in Edmonton

Just one thing will attract you to this place. The place has a glass slide that slides you down from the 70th floor to the 69th floor. All made up of complete glass. The OUE Skyspace is the United States bank tower and is an important place for US economic officials.

Although the adrenaline-filled ride does not give you a lot of time to soak in all the things you see while sliding down it, it is a thing you should try. Moreover, the place has two open-air observation decks that allow for great views of the sunset.

Union Station is Los Angeles’ biggest train station, and it has been included in many feature films like Blade Runner. This decade-old station is an incredible spot to stroll around and investigate the remarkable design or take the train someplace outside of Los Angeles.

If you want to have a ride at this train station without paying a cost, you can apply for an airline booking like SouthWest Airlines booking, and they will get you an offer to the city and packages for the train rides as well.

From the train Station, move over to the serene Olvera Street, which is direct across the road from the train station and is a fun social legacy site in Los Angeles. This place allows you to visit the central pavilion, go to a portion of the galleries, see perhaps the most seasoned house in Los Angeles and can have taquitos at Cielito Lindo. Olvera Street similarly is fantastic during the Day of the Dead Festival, which happens close to Halloween every year. 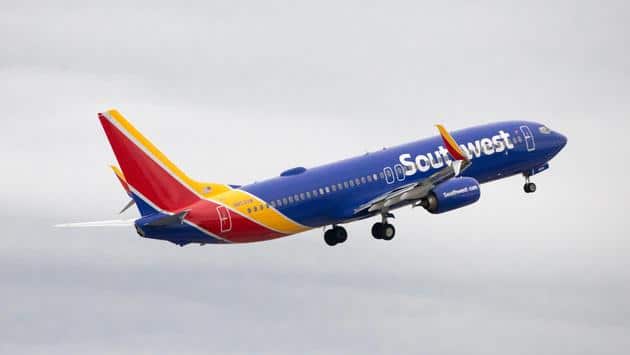 How Can You Get a Discount on Southwest Airlines?