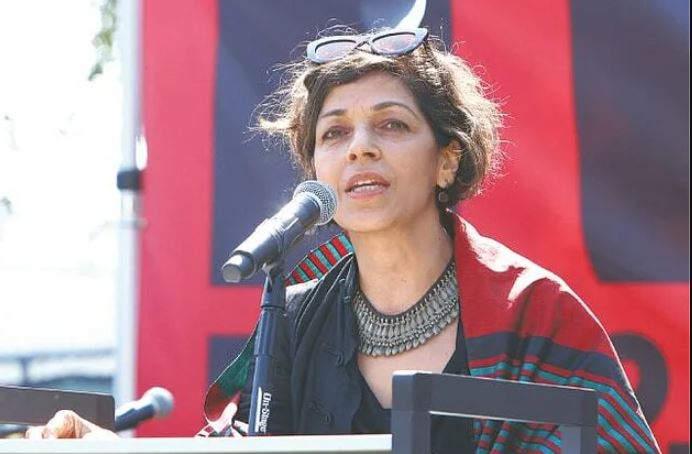 The United States has appointed a special envoy to protect the rights of women, girls and human rights in Afghanistan. On Wednesday, the US Secretary of State announced the name of Rina Amiri as special envoy to Afghanistan. The former female adviser to the US government has been vocal in her opposition to the withdrawal of US troops from Afghanistan.

“We want a peaceful, stable, secure Afghanistan,” Secretary of State Anthony Blinken said in a statement, according to Reuters. Where all Afghans can live in political, economic, social inclusion. Special Envoy Amiri will work closely with me on that goal. “

Rina Amiri has been a government adviser for two decades, working for various think tanks on UN and Afghanistan issues. He has previously served as a senior adviser to the US government on Afghanistan and Pakistan in the administration of former President Barack Obama.

Anthony Blinken also announced the appointment of Stephanie Foster, an experienced State Department official, as his senior adviser on Afghanistan. She will work with women and girls at risk of rescuing, rehabilitating Afghans and taking revenge on the Taliban.

Rina Amiri, an Afghan-born US scholar and mediation expert who served at the State Department under former president Barack Obama, will take the role of special envoy for Afghan women, girls and human rights, Secretary of State Antony Blinken announced on Wednesday.

Months after the United States ended its 20-year war in Afghanistan, Mr Blinken said that Ms Amiri will address issues of “critical importance to me” and the rest of President Joe Biden’s administration.

The Taliban imposed an ultra-austere brand of Islam on Afghanistan during their 1996-2001 regime toppled by a US invasion, including banning women from working and girls from education.

Despite Taliban pledges to act differently after their August takeover, many women remain barred from returning to work and girls are largely cut off from secondary schooling.

US troops withdrew from Afghanistan last August after two decades of war. The Taliban returned to power after the Western-backed Ashraf Ghani government was ousted. Since coming to power, the Taliban has imposed a number of restrictions on women and girls. The United States has been critical of it.

Ms Amiri left Afghanistan as a child, with her family settling in California. She became outspoken about Afghans living under Taliban rule, especially women, while still a student as the September 11 attacks prompted the US war.

In a recent essay, Ms Amiri called for “principled yet pragmatic diplomatic engagement” with the Taliban while continuing to hold off diplomatic recognition.

What To See At Lake Titicaca

Things To Do In Lake Titicaca Floating Islands

What Are The Pros And Cons Of A Propane Fire Pit?