An unexpected hit, the first season of Arcane won three Emmys and eight Annies in 2021. The show’s premise originated from the lore of the real-time strategy video game League of Legends, but the plot itself is completely original.

One of the reasons it was so successful around the world is that you don’t have to be a League of Legends pro to enjoy Arcane. The sisters Vi (voiced by Hailee Steinfeld) and Jinx (voiced by Ella Purnell) are sworn foes in the League of Legends, and their journey is told in the animated short film Arcane.

Arcane describes how the two were raised as close siblings but eventually found themselves on opposing sides of a civil war between the opulent city of Piltover and the seedy underbelly of Zaun. A small furry guy named Heimerdinger also makes an appearance, along with magic, technology, explosions, death, and romance.

On the same day as the season three finale of Arcane premiered, the second season was confirmed for the show. In any case, Netflix has yet to indicate when Arcane Season 2 will be available, but you can pretty well rule out a return in 2022.

Riot Games CEO Nicolo Laurent confirmed the renewal and stated that production on Season 2 was underway, but that fans shouldn’t expect it until 2023. Laurent rightly points out that all the technological processes for Season 2 are already in place, thus production time won’t be as long as it was for Season 1.

Due to the lengthy production period required for animation, we anticipate a Season 2 premiere of Arcane in late 2023 at the earliest, although we wouldn’t be surprised if it didn’t arrive until 2024. (Do what you need to if it means Season 2 will be as good as Season 1)

Season 2 Promos And Footage For Arcane

Given how far away Season 2 still is, it should come as no surprise that there is no trailer yet. On the other hand, a teaser was published that announced the forthcoming season.

Who Will Be In Arcane Season 2?

The conclusion of the first season was a massive cliffhanger, with the Piltover council chamber going boom. This will have a significant impact on which characters return for the second season. The only cast members whose return has been officially announced by Netflix as of yet are Hailee Steinfeld (Vi), Ella Purnell (Jinx), and Katie Leung (Caitlyn).

Regarding the individuals that were present in the council chamber at the time that Jinx detonated the bomb, namely Jayce, Viktor, Mel, Hoskel, Cassandra, Bolbok, Shoola, and Salo, we will have to wait and see who is spared by the explosion.

What Is The Arcane Docuseries?

While fans of Riot Games’ Arcane wait patiently for Season 2, the company is releasing a five-part docuseries titled Arcane: Bridging the Rift. The first season’s creation of Arcane is chronicled in this five-part, 20- to 30-minute YouTube series. Here are some external links to them on YouTube where you can watch them without spending a dime. 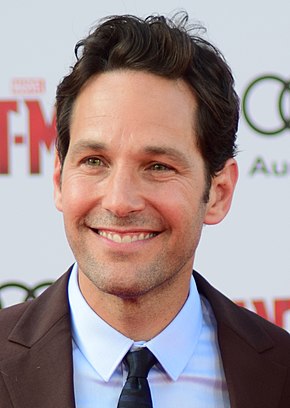 The 10 most amazing Paul Rudd movies What is Isaimini – Everything You need to Know

Top 11 Popular Celebrities Of All Time: Number 5 Is Shocking