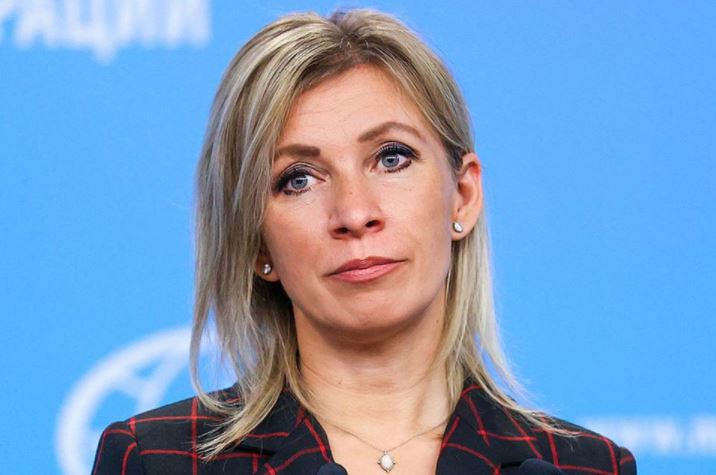 Russia has denied claims by some quarters that Iran will abandon talks on reviving the nuclear deal. Russian Foreign Ministry spokeswoman Maria Zakharova said the Vienna dialogue was ongoing and that the participating parties were busy drafting an agreement.

He made the remarks at a news conference in Moscow on Thursday.

He spoke in support of the US Alliance, but said that maintaining some independence was important for the United States.
A Russian Foreign Ministry spokesman criticized the US policy of imposing “maximum pressure” on Iran. He called on the United States to immediately return to the nuclear deal. Source: Parstoday / TasMikhail Ulyanov, Russia’s envoy to talkson the nuclear pact, wrote on Twitter that he had met twice on Wednesday with the U.S. special envoy to Iran, Robert Malley, posting pictures of himself and the U.S. diplomat sitting across from a long table. The State Department, when asked about the meeting, said it does not discuss the details of diplomatic conversations.

“Close consultations and coordination between the Russian and the U.S. delegations in the course of the Vienna talks constitute an important prerequisite for progress towards restoration of the JCPOA,” he wrote, referring to the Joint Comprehensive Plan of Action nuclear deal.

“We maintain intensive and, I believe, useful dialogue in the course of the #ViennaTalks on concrete way and means of restoration of the #JCPOA,” Ulyanov tweeted, after what he said was his second meeting with Malley.

Separately, U.S. Secretary of State Antony Blinken has held a phone call with his French, German and British counterparts and Iran nuclear talks were among the topics discussed, State Department said.

“The Secretary and his counterparts also discussed their shared concerns about the pace of developments in Iran’s nuclear program as time runs short for Tehran to return to the JCPOA,” Department spokesperson Ned Price said in a statement about the call.

The 2015 JCPOA lifted sanctions against Tehran in exchange for restrictions on its atomic activities but Donald Trump pulled Washington out of the deal in 2018, a year after he became U.S president. Iran later breached many of the deal’s nuclear restrictions and kept pushing well beyond them.

The latest round of indirect talks between Iran and the United States resumed on Monday in Vienna, with Tehran focused on getting U.S. sanctions lifted again, despite scant progress on reining in Iran’s atomic activities.