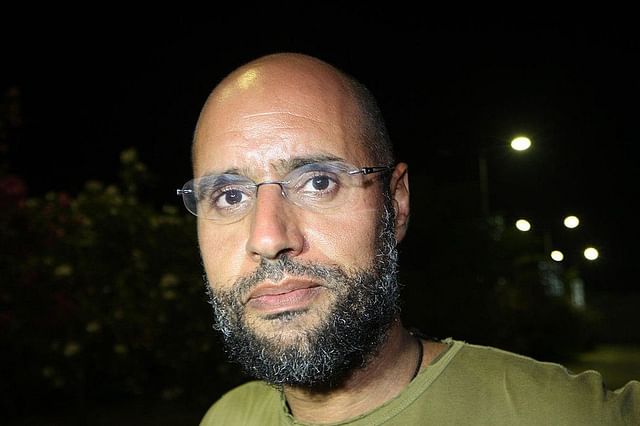 According to a Reuters report, Saif al-Islam appeared at the election office in the city of Sebah in traditional Libyan attire. There he was seen signing nomination papers. An election official said Saif al-Islam had registered as a presidential candidate.

Saif al-Islam is one of the prominent figures in Libya. Libya’s eastern military commander Khalifa Haftar, incumbent Prime Minister Abdulhamid al-Dibah and parliamentary speaker Azula Saleh are on the list for the presidency.

Although Libya’s warring factions and international powers have expressed support for the December 24 election, there is still controversy over the new government’s modus operandi and voting schedule. As a result, there are still doubts about whether the vote will take place on time or not. At a conference in Paris on Friday, world leaders agreed that sanctions would be imposed on those who try to disrupt the Libyan vote. However, there is less than six weeks left before the vote. Even then, it was not possible to formulate the rules of procedure for the new Libyan government.

Muammar Gaddafi’s government collapsed in 2011 in the face of a popular uprising. Gaddafi was shot dead after being captured by rebels. Since then, various factions of the country have been fighting against each other.

Political observers say Saif al-Islam could highlight aspects of his father’s rule on the ballot. However, it seems that he will not be able to come to the front row in the polling station. Because many Libyans still remember Gaddafi’s brutal rule. On the other hand, it will be difficult for Saif al-Islam and key leaders of Gaddafi’s regime to garner more supporters in the polls.