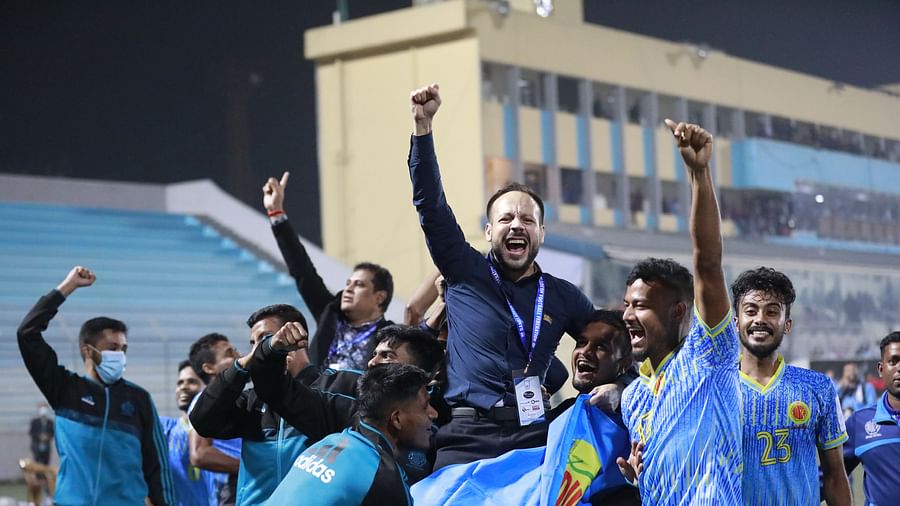 Mario Lemos has yet to touch the Independence Cup trophy. Daniel Colindres, Dorielton Gomez, Nabib Newazra hung medals around their necks, lifted the trophy over their heads and ran towards Abahani’s gallery. The coach also ran behind the footballers to join the celebration procession.

The Portuguese coach has been in charge of Abahani’s dugout for three seasons. But stay away from the title, Abahani could not reach the final of any tournament. Abahani has finished third in the Premier League last season.

Abahani defeated Bashundhara Kings 3-0 in the final of Independence Cup at Birshreshtha Mostafa Kamal Stadium today. After becoming the champion, the joy of the coach was unbounded. The footballers have lifted the coach over their heads and danced once. Abahani won the first Independence Cup crown since 1990.

The 35-year-old Portuguese coach was relieved to have Abahani as his champion. “Of course, this trophy is something special to me. One year in three years has passed in Corona, we have worked hard in this too. When you finish second or third without winning a trophy or are eliminated from the quarter finals and semifinals of the tournament, it will be a matter of great frustration. Now it seems that my work has been recognized. This victory is a great relief for me.

The coach thought of nothing but winning the final, ‘Bashundhara Kings won the title last year. This time our team is stronger than last time. For better or for worse, we have always changed players. We wanted to win the tournament. I got it. ‘

Rakib Hossain is playing great football by joining Abahani from Chittagong Abahani this season. Rakib ignited at the crucial time of the tournament. Today he got the first goal and also won the title. Excited Rakib said, ‘Those of us who played, those who did not play — everyone is like a family. We just wanted to win the title. We were able to do that. The first goal in Abahani’s jersey, I feel very happy. I was trying for a few matches, but it didn’t work out. I was a little worried. I was able to score in the final, I feel very good. ‘

Dorielton scored two goals in the winning match against Rahmatganj in the group stage. After that he did not get any goal in the quarter final. He was replaced by Nabib Newaz in the semifinals. Today, in the final, coach replaced Darielton in the XI instead of Nabib Newaz. He has scored two important goals against Bashundhara in return for the confidence of the coach. Won the highest goal scorer award with four goals. Became the best player of the match. At the end of the match, Dorielton was overwhelmed, “I can see how happy I am. I got the goal, the team won. I am very happy for this. This Independence Cup trophy will inspire all of our team for the rest of the season. ‘

Bashundhara Kings coach Oscar Brujon disappointed after losing the Independence Cup crown. Players like Jonathan Fernandez, Tapu Varman and Kazi Tariq Raihan missed the final today due to injuries. After that, Atiqur Rahman got injured in 30 minutes and left the field. “It simply came to our notice then. Even if I had Sohail Rana (I had to play in the Navy in the Independence Cup), I could have played him instead of Jonathan. In fact, it is worse then worthless, it consumes time and resources but returns no sales. 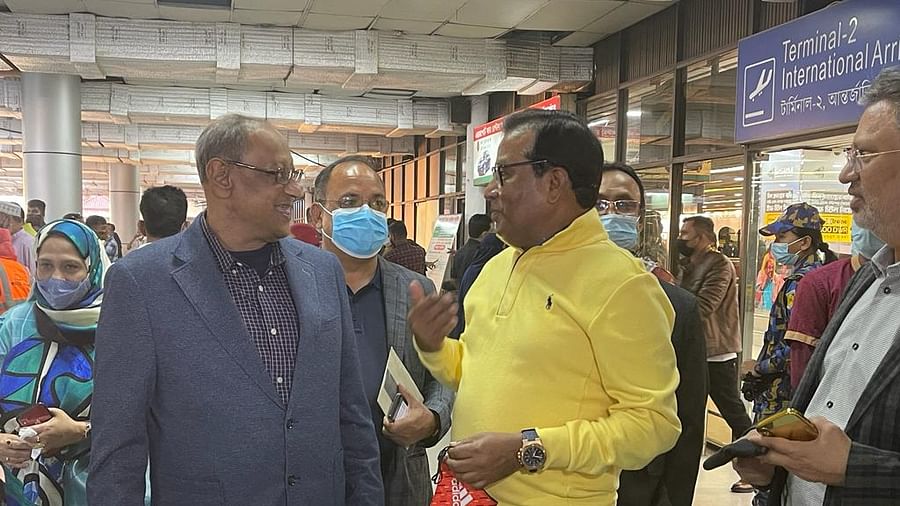 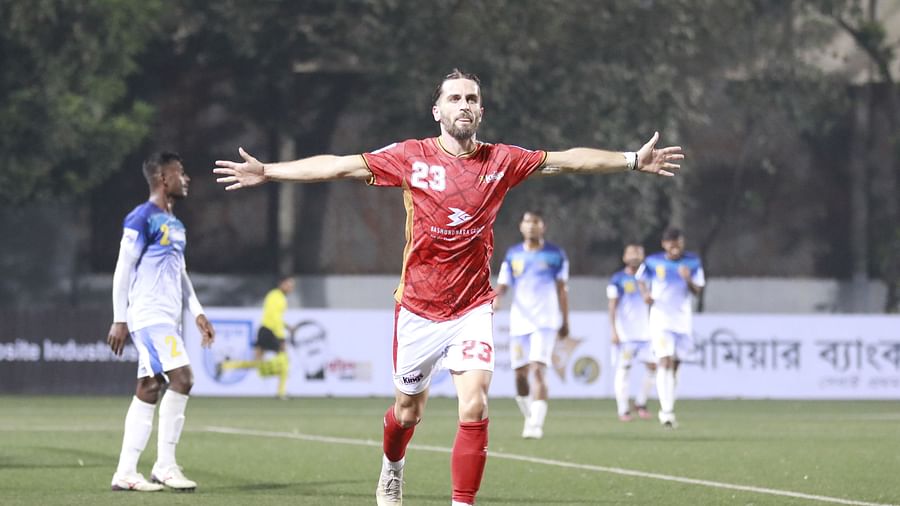 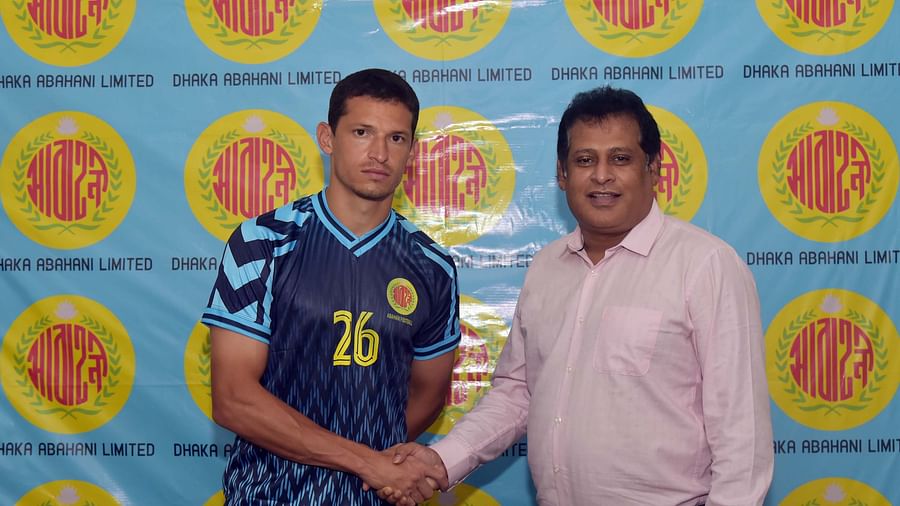