The central government of India made no attempt to reach a consensus before enacting the Agriculture Act. But with the announcement of the repeal of the law, that attempt is likely to begin. The ruling BJP is considering a proposal to discuss various issues related to farmers’ demands at an all-party meeting convened next Sunday. Prime Minister Narendra Modi may attend the meeting.

It is customary to convene an all-party meeting before each session of the Indian Parliament. The winter session of Parliament is starting on November 29. Earlier, Parliamentary Minister Prahlad Yoshi called an all-party meeting. Parliamentary leaders of all parties will be present there. According to sources, the Prime Minister may seek the views of the opposition on the proposals put forward by the agitating peasant leaders after the repeal of the three controversial agricultural laws. In particular, the demand for fixing the Minimum Support Price (MSP) of crops by legislation, which the farmers are adamant about, may be sought from all parties. The government has not agreed to make a law in this regard for a year. Although regular MSP has been increased.

Withdrawing the Agriculture Act, the Prime Minister urged the farmers to return home. But the peasant leaders do not agree. They have conveyed their old and new demands in an open letter to the Prime Minister. They said their only demand was not to repeal the law. They have been demanding legal protection of MSP from the beginning. At the same time, they said, the new power law must be repealed. Punitive measures should not be taken against the farmer for burning the roots of food crops. Those arrested for the movement must be released and all cases must be withdrawn. The families of the slain farmers have to be compensated during the agitation and Union Home Minister Ajay Mishra, who is accused of stealing Lakhimpur Kheri’s car, has to be sacked from the cabinet.

The most important of these claims is the MSP Act. According to sources, the government is keen to know the views of the opposition. The Prime Minister proposed to form a committee to consider the demands of the farmers. He told the farmers to sit in discussion with the committee. On the other hand, farmer leader Rakesh Tikayet said that no committee is needed. Nothing will happen without wasting time. Addressing the Prime Minister, Tikait said that the issue would be resolved only if the report submitted by Gujarat Chief Minister Narendra Modi to the then Prime Minister Manmohan Singh in 2011 demanding legal validity of the MSP was enforced. According to Tikaet, the report is in the Prime Minister’s Office. Prime Minister Modi has to implement Chief Minister Modi’s recommendation. The committee that prepared the MSP report in 2011 was headed by Gujarat Chief Minister Narendra Modi.
According to government sources, the formalities for the repeal of the three agricultural laws have begun. Attempts have been made to do so in one bill without bringing three separate bills for repeal of three separate laws. With this news, NDTV has said that the idea of ​​what can be done with MSP is prevailing in the Ministry of Agriculture.

At the end of the peasant movement, the Supreme Court constituted a committee of three experts. He also asked the government to suspend the three laws pending a decision on the report. The members of the committee formed in January submitted their report to the Supreme Court in March. But to date it has not been published. Anil Ghanoat, a leader of the Maharashtra White Organization, one of the three experts, told a news conference on Tuesday that he had written a letter to Supreme Court Chief Justice NV Ramana on the issue. He wrote that after the repeal of the law, the report is no longer relevant. Therefore, their recommendations should be made public. If you read that, the overall picture of the country’s agriculture will be clear to everyone.

Ghanwat opposes MSP-related legislation According to him, no government can legislate the rights of MSP as demanded by the farmers. If it does, the government will go bankrupt. 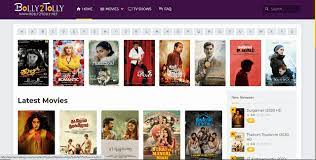